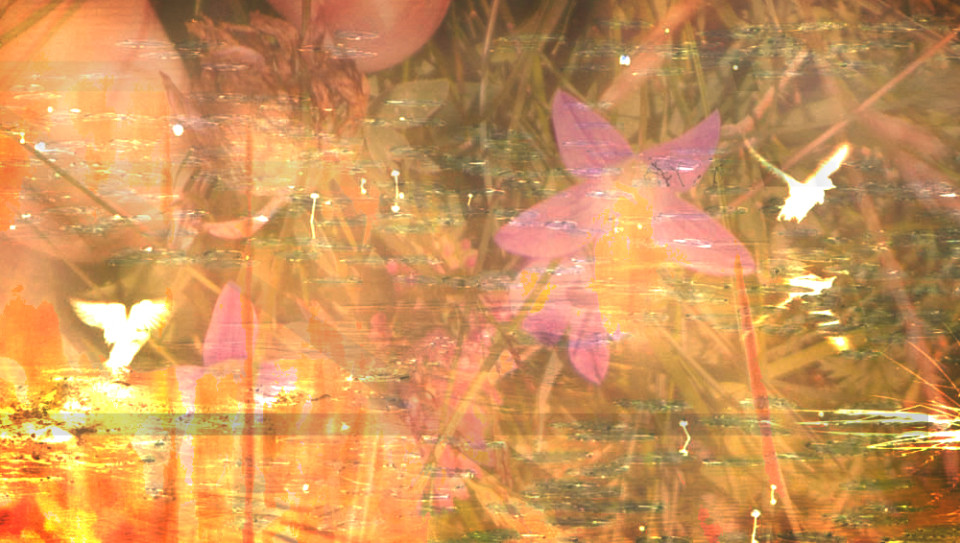 I stand now changed, looking across an ocean at the land I might one day inherit. A land that was stolen, not exactly by me, but does it matter by whom?

What should I do with that? It’s not something we like to face.

Should I at least care for this creature stolen long ago, who may be slipping into–or out of–my hands?

Suddenly I become aware of its past. Crushed below a glacier, the bottom of an enourmous, vicious lake. Waters, wetlands, fields, playgrounds, nests. A history I know nothing of—stretching its roots far back in time…extending even to a time before roots were. I see only hints.

And for some short time (but the only time most of us see), it was drained, great squares of land sliced into ditches, pouring itself into rivers. A Thief, it pulls water from the swamps, where now drier grasses try to grow. And immigrants who no longer liked their fare in Europe, took ownership, each shading his namesake’s plat upon the grid.

“You don’t act like land owners,” he told them.

We humans “own” land, yet we’ve forgotten how soil appears. When do we see the floor of untouched forests, full with scoopable depths of dark compost? Lush, absorbant, alive. A living thing, it asks for tending…and nature provides.*

*Her hand is slow, but she heals.

“Where are all the Indians?” he asked. He wondered.

I don’t know if I’ve ever connected so strongly to words that had been written down. I felt embarassed. Did I have the right to relate to it because of my skin, class, category?

How could it possibly be so difficult for someone to see her culture as a culture, not the culture? My light face instantly splotches into shades of pink and red.

He did not ask, or wonder, where are all the Lakota? The Ojibwe or Anishinaabe. Who knows these words anymore? How languages can fade, how history can melt between our fingers. Who will tell me how to survive on the plants who evolved alongside of us? Do you remember?

History did not just disappear. It is still there, squeezed, reshaped, loved but forgotten. We did not only steal from them, we steal from ourselves.

After thousands of years apart, we are next door neighbors once again. Yet somehow we have been found both closer and further away from each other than ever before.