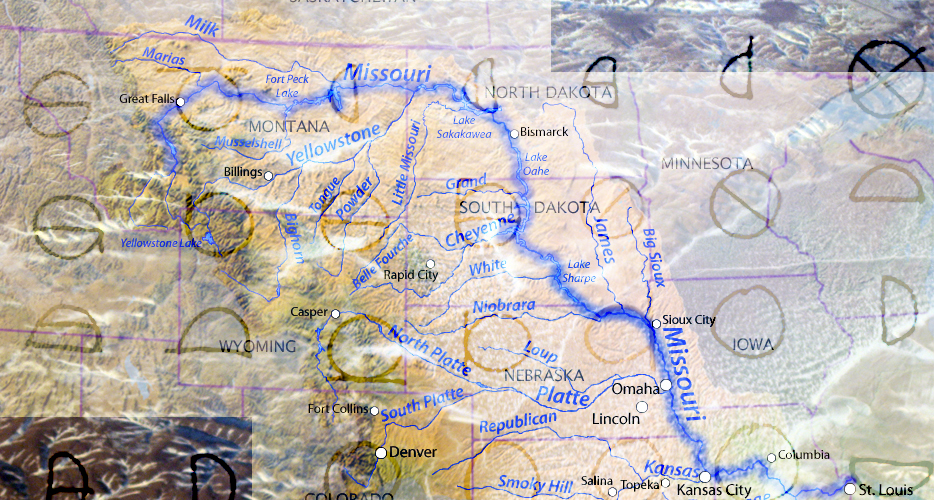 Western grasslands give rise to a river which winds through rugged prairie, making its way toward turbulent waters. Mníšoše stretches for thousands of miles, meeting hundreds of rivers along its way, but at this particular confluence smooth round stones seemed to make themselves. Some called the stones cannonballs and others called them sacred. Is it hard to imagine such a place as sacred?

For over 50 years, the place where the sacred stones made themselves has lied at the bottom of “Lake Oahe,” but Inyan Wakagapi Wakpa still flows. This year, on the banks of the river, where it meets the turbulent water, new stones have begun to make themselves. New stones who “stand with strong hearts.” Stones who sprouted from Íŋyaŋ Wakháŋagapi Othí, the spirit camp convened to empower the people of its land to protect the water from which we all come.

To the south, lies a great vanishing aquifer, the “Ogallala Aquifer.” Presumably owing its name to the Oglala, a band of the Tetonwan Lakota, one of the Oceti Sakowin (Seven Council Fires). We use this water to grow our food and bathe our children, isn’t it easy to recognize it as sacred?

In solidarity with the humans of Standing Rock and all of this earth, in an effort to educate myself and draw my voice back in shape, I vow to speak/reflect/investigate/act every day of December on the issues entangling the Dakota Excess Pipeline.

Every Day of December is a Day of ACTION